This chaos could destroy us 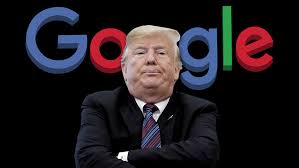 This is the look of a petulant toddler holding his breath until he gets $5 billion to keep out the brown people he doesn’t like.

For the first time in my life, I can’t imagine how this will be resolved.

Knowing government the way I do as a history buff and a journalist always made me feel a little safer in tough times.

But this is different. This is bad on a whole other scale than Richard Nixon or George W. Bush.

I was a young adult during the Watergate hearings. We had no way of knowing how far Nixon would go to protect his presidency, but in the end, he had a shred of decency in him, just enough to know he had to resign for the good of the nation.

But what we have now is an incompetent fool in the White House, a creature who’s obviously mentally ill and very dangerous. He’s a pathological liar, a sociopath and a hate-spewing bigot who cares nothing for anybody other than himself.

His vice president is just as dangerous as he is, a fundamentalist “Christian” who wants to transform this nation into a theocracy.

We have chaos in the Middle East, much of it caused by our oil policies and by our blind support of Israeli policies toward the Palestinians, led by people like Pence who want Armageddon to come so Jesus will return, and today we hear that Prime Minister Netanyahu’s government is being dissolved and new elections are being called for the spring.

And, while I’m happy to see American soldiers coming home, I fear the abrupt manner in which they’re being removed from Syria and Afghanistan will cause massive instability.

Wall Street is in free fall, thanks to this creature’s ranting about firing the Fed Chair, his trade wars, his insistence on $5 billion to build a wall most of us don’t want, his firing of anyone who tries to talk sense into him and his denigration of our allies.

Our government is partially shut down, meaning 800,000 people are without a paycheck (although Congress is not among them). Half the Cabinet is missing and the other half is incompetent. I mean, a man with the nickname, “Mad Dog” was considered to be the most moderate person in the room.

And Mad Dog Mattis was tasked with keeping this slovenly, tantrum-throwing toddler in an old white man’s body in line.

I don’t think we can survive another two years with this creature in the White House, but I don’t see Republicans moving to remove him before the damage is too severe to repair. This man could cause worldwide economic collapse, but the Republicans continue to sit on their hands, and the Democrats are doing nothing to force them out of their stupor.

He has fired the Secretary of Defense and replaced him with a businessman who has no experience in government. That’s right, we have a novice in charge of the largest military in the world. He fired the Attorney General and replaced him with a lackey. He seated a sexual predator and drunk on the Supreme Court because he knew Brett Kavanaugh would give him anything he wants in return. A hallmark of this administration is the ineptitude of all its appointments. Each federal agency is being led by someone who wants to destroy it.

I fear this creature’s supporters will resort to violence if he’s removed from office, but if he’s not removed, I fear even worse consequences for all of us.

Maybe we do need to tear it all down. Maybe a total collapse would allow us to remake society in a different way, with real rules for the wealthy and true equal opportunities for people who happen to be anything other than white and male.

But right now, today, as we look ahead to the new year, it looks bleak.

In my 66 years, I’ve never felt as though things might not be OK in the coming year. Even during the Cuban Missile Crisis, I had faith that the government could avert nuclear war, that there were people in charge who understood the weight of their decisions. That’s not true now. What we have is a petulant toddler let loose to wreak his havoc.

May we survive another year as a nation, and as a species.