Step up or shut up 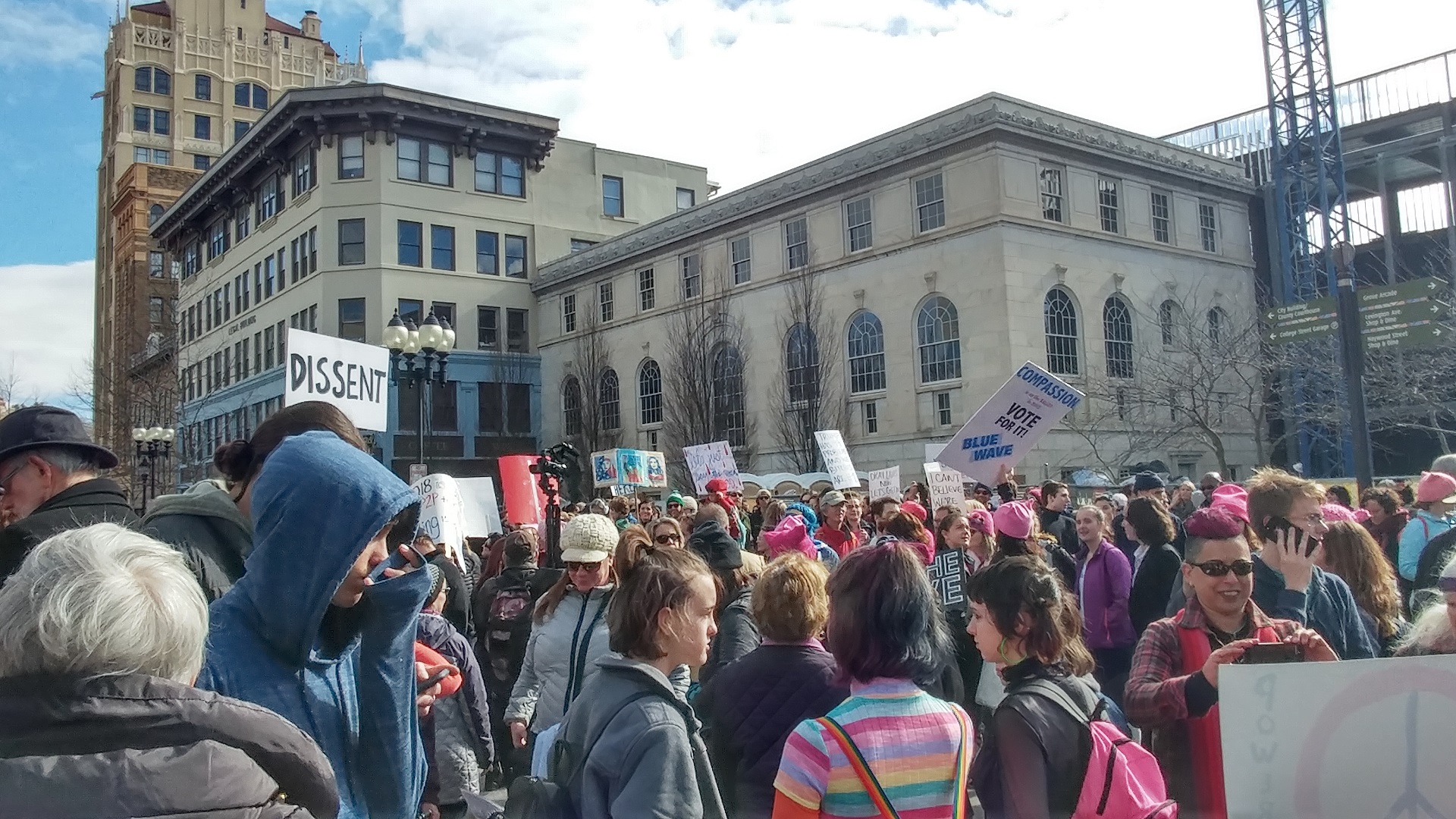 Yesterday’s crowd at the Women’s March in Asheville.

Yesterday’s Women’s March in Asheville was enormous — by all reports, as big as last year’s (I was in Washington last year, so I can’t verify personally, but I believe the people who were here). The entire block surrounding the Vance Monument was packed with people, and the crowd stretched down the hill past the Fire Department.

Still, before the march was over, people were all over social media complaining that it was poorly organized.

The march here, which drew between 8,000 and 12,000 people, was organized by a small group of Asheville High School students who saw that no adults were stepping up to organize one. They arranged to get Memorial Stadium a half mile from downtown, although they didn’t have the money for proper amplification or parade permits to close down the streets between the stadium and the Vance Monument.

These are new organizers with no experience putting together an event of this size, yet they stepped up and put on a massive march.

The first complaint I saw was a post from a veteran protester/organizer and I called him out in the comments. I asked whether he had offered his help, which I already knew he hadn’t.

Others complained they didn’t know where Memorial Stadium was. My response: It’s in your city. If you don’t know where it is, Google it. These 17-year-olds did an enormous amount of work; they didn’t need the added burden of having to hold your hand and lead you to the event. 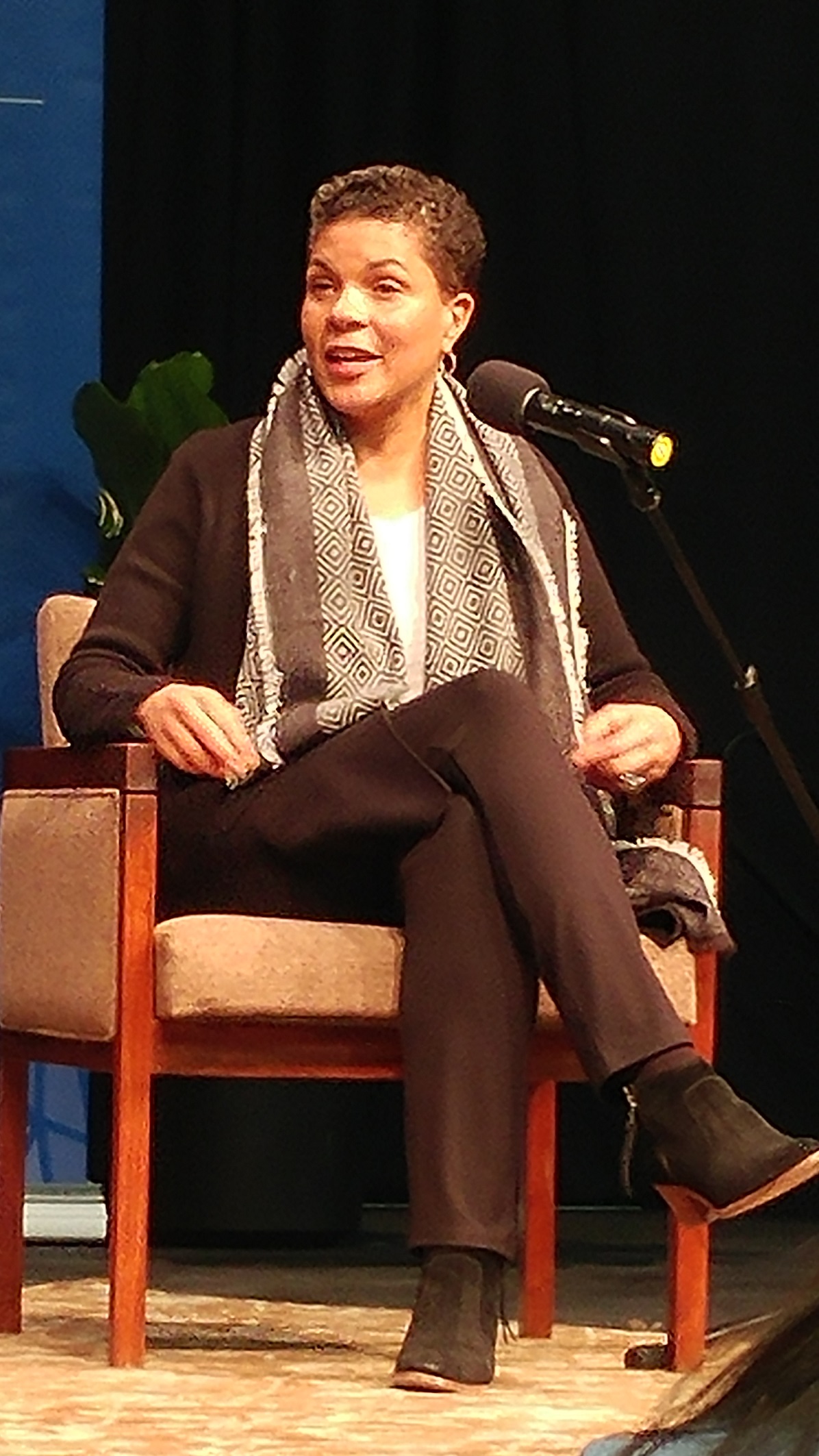 Thursday night, attorney and author Michelle Alexander told 1,600 or more people at an event at UNC Asheville that we all need to do more. I thought it was funny when one woman turned to me and said, “You do enough. Really.” I can do more. We all can do more.

Alexander, who wrote “The New Jim Crow,” was right about the perilous times in which we live. Our very Democracy is at risk. We all need to step up. In a time when we can’t get half of eligible voters to the polls and our institutions are being attacked by a foreign power, we can’t sit home and hope somebody else will organize protests for us.

And when a small group of teenagers does step up, it is deeply offensive to me to hear adults who have more experience and more money complain that it wasn’t good enough.

Last year, as I was organizing a bus for the trip to the march in Washington, someone from another organization demanded I charter a second bus because she had 25 people wanting to go and my bus was filled already. I offered to help her get a bus and show her how to keep track of everyone, but she just called me selfish and went away.

I wasn’t always an experienced organizer, either, but I learned. It’s really not that difficult. My catalyst was the death of my son, although I had reported on a ton of protests in my job as a journalist, and that job also prevented me from getting involved. But I knew the basics because of that, and after I left journalism, I organized rallies and bus trips to events in Washington and Raleigh, and I continue to organize on the state level for the national Poor People’s Campaign.

So, instead of looking at a Facebook event page and complaining that you don’t know where the event is to be held, or hoping that the sound system will be adequate, go to the page and comment that you’d like to help. Ask what the organizers need, and then do something. It could be as simple as helping set up and maintain a Go Fund Me campaign, managing a Facebook event page, recruiting speakers, making phone calls or writing a press release.

If you’re not willing to help, you have no place complaining that it wasn’t good enough, loud enough, organized enough.

Get off your ass and do something. Believe me, there’s more than enough for all of us to do in this fight.