More legal lynchings. When will it stop? 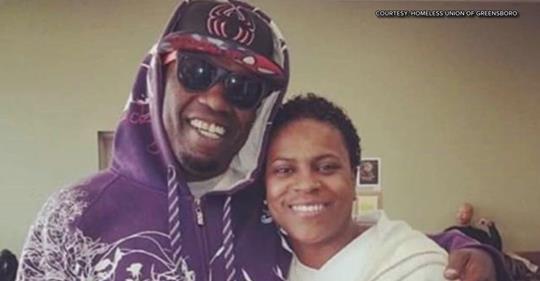 Marcus Deon Smith, the man killed by Greensboro, NC, police, who hog-tied him.

Yes, someone should have called police because in North Carolina, as in most places, there is no other alternative for someone in a mental health crisis.

It’s what happened next that’s the issue: Police hog-tied Smith, and he died.

For someone in crisis, being handcuffed and put in a police van is more than frightening. The person likely doesn’t understand what’s happening. By the very definition of severe mental illness, the person is confused and detached from reality.

So, rather than try and talk him down (which ALL cops should be trained to do), they treated him like an animal. They hogtied him, and he died.

I can’t even imagine the horror of his final moments.

Greensboro officials responded by saying hog-tying is an accepted form of restraint for a human being.

An accepted form of restraint. For a human.

So, of course, it’s not the officers’ fault that Smith died. He shouldn’t have been mentally ill in public, I guess, although I wasn’t aware that it was a capital offense.

Then, earlier this week, police shot and killed Jemel Roberson outside of Chicago near a nightclub where he had just apprehended a shooter. In other words, Roberson saved an unknown number of lives when he chased the shooter down and tackled him, only to die at the hands of a trigger-happy police officer.

Police claim they warned him a number of times to drop his gun — but they obviously didn’t wait for a reply, if, indeed, they did issue a warning. 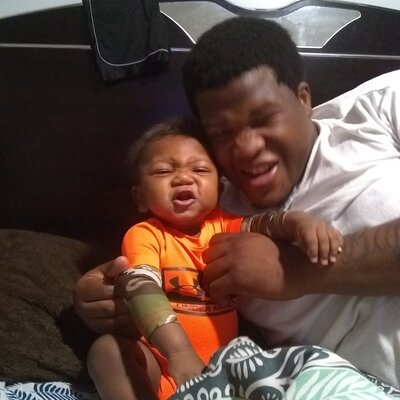 Jemel Roberson with his 9-month-old son. He was working extra shifts so he could pay for Christmas.

Here’s what witnesses had to say to NPR:

“Jakia Woods lives in a house adjacent to Manny’s parking lot. She said officers already on the scene had asked Roberson to release the suspect, and Roberson was complying, when another officer came through the bar’s back door.

‘”Before [Roberson] could get up off of him, the officer comes flying out this door gun up,’ Woods said Tuesday afternoon while standing on her porch. ‘He says, ‘Get on the ground,’ and before he says ‘ground,’ he fires the first shot.’

Witness Adam Harris told a television news crew that he saw the same thing. “Everybody is screaming out, ‘He’s a security guard!’ ”

It seems like almost every day, white mass murderers are taken alive. Hell, Dylan Roof, who executed nine people in a church in Charleston, SC, because they were black, was issued a bullet-proof vest and fed before being delivered to jail.

I was called racist last week because when the person who murdered 12 people in cold blood was identified, and even before there was a photo, I posted, “I’m betting it was a white man.”

I was right, of course, but trolls started having a field day on my news feed and I had to block almost a dozen of them.

If you can’t see the real racism around you, every day, across the entire country, I think the chances are you’re racist yourself.

Look at the news. Time and again, black people are shot and killed, and if they weren’t actually committing a crime, police find a reason to vilify them.

Michael Brown may have stolen a pack of cigars. Or he may not have, but he did argue with the shopkeeper. He was shot dead in the street by a cop who couldn’t have known about the altercation.

Philandro Castile died because an officer said he smelled pot and got scared.

Eric Garner was selling single cigarettes and suffered the death penalty at the hands of police officers who joked with each other as they watched him die.

Black and brown men die mysteriously in custody, like Freddie Gray Jr., 25, who died in a police van in Baltimore. No one was convicted of a crime.

Jesus Huerta died, supposedly of a self-inflicted gunshot wound to the head, while he was handcuffed in the back seat of a police car in Durham, NC. The teenager had been searched before being placed in the car, and his family said he didn’t own a gun.

This is institutionalized racism at its meanest, and if you don’t think we’re a racist society, let me ask why black and brown people are the ones most often targeted by voting “reforms.” Let me ask why predominately black neighborhoods are split among two or three voting districts to water down their combined votes. Let me ask why white men who shoot multiple people are so often taken alive, while black and brown men are shot on sight, even after not committing any crime.

I fully expect to read that Jemel Roberson smoked pot in high school or was caught shoplifting when he was 5 because no black man is guiltless and police are always right.

Shame on us for allowing this.