A united front is dangerous to the enemy 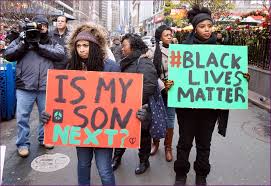 We must stand together if we are to defeat the repressive corporate forces in this country.

A few days ago, a young woman saying she was with the Black Lives Matter Movement interrupted Bernie Sanders during an appearance in Seattle.

Turns out she was a provocateur — a self-described “radical Christian” and a Sarah Palin follower.

I won’t go into her choices here — they’re hers to make — but I will question people’s reaction to her action.

Several of my older white friends have said they no longer will support the Black Lives Matter Movement because of this one woman’s actions. I find that short-sighted and, quite frankly, deeply offensive.

The Black Lives Matter Movement came together in reaction to the deaths of unarmed young men. I lost a child to injustice and I can tell you, this movement is more than justified. I stand with these young people because we all need to stand together.

Whether or not this woman was affiliated with BLM isn’t the point here. The point is that her actions shouldn’t drive away those of us who believe in what Blacks Lives Matter is doing. I will continue to stand with Black Lives Matter.

The right-wingers in this country are more than pleased that we seem to be able to be split apart into smaller, less effective groups.

Even more important than that, who are we to tell our youth how to run a justice movement? The worst thing we can do as elders is to tell others “we’ve always done it this way, so you need to listen to us.” Remember, racism and other injustices are still with us, so we weren’t as right as we would like to think we were.

We had our youthful movement, and it did accomplish a lot. But we still have young, mostly black men and women being enslaved by a prison system that captures them right out of school. Private prison companies predict how many people they will have by assessing third-grade reading scores.

I recently was criticized for a comment on a Black Lives Matter page on Facebook and asked to take my comments to a White Allies page. In other words, let’s stay separate. We’ll keep the black people on one page and whites on another. How the hell does that help anyone? If what I say offends you, tell me why. How else are we going to unite and defeat the real enemy? Let’s have a discussion.

At the Proctor Institute in Clinton, Tenn., a few weeks ago, young people from the Black Lives Matter Movement reached out to us elders because they want to learn from us — and we eagerly met with them because we, too, have much to learn.

Look, I’m an old white woman. I know that. But I am most definitely affected by injustice toward anyone. I lost a son to an unjust health care system that deliberately neglected him for no reason other than he couldn’t afford to pay for his care. I sat by his side and held his hand as he breathed his last. Every time an unarmed young black man is shot and killed, I weep for the mother who didn’t even get to say goodbye to her child. I can’t know what it us to be black, but I do know what it is to lose a child to injustice, and if you haven’t been through that, you can’t know how it feels. That doesn’t mean you can’t be a passionate advocate. And I am grateful for every advocate for justice.

I am deeply, deeply invested in the justice movement. I am more than eager to learn from young people, from black and brown people, from anyone who will work toward a more just world with me.

This isn’t the 1960s. We didn’t have Facebook and Twitter. We didn’t have cell phones that could capture injustice in action; we had to rely on television cameras for that. Times have changed, but injustice hasn’t.

I have no right to tell anyone today that they should fight injustice the way we did 50 years ago. After all, we didn’t end war or racism or sexism. This generation has new ideas. I look forward to working with them.