I’m not just an angry liberal, I’m an infuriated woman 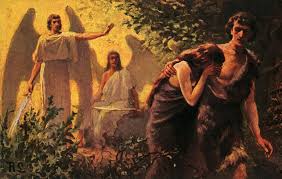 Poor Eve. It was all her fault. It still is, according to old white men.

The Republicans have — once again — thumbed their noses at women and let us know just how they feel about us.

They think we live to seduce and then destroy men.

They think we’re powerless to stop them.

I have never been angrier about the abuse of women by white men in power.

It was an old white man who violated me when I was 3.

No one would have believed me if I had said anything then, and people have questioned my honesty since I divulged in my 30s — 30 years after the abuse began.

Why didn’t I say anything? Because it was my word against a pillar of the community. Because when adults had to choose between my story and his, they would have chosen his and punished me for lying. And he still would have had control over my body.

When my ex-husband decided he didn’t need my consent to have sex with me whenever he wanted, the law of powerful white men was on his side, not mine.

I wasn’t allowed dominion over my own body in 1971 when I got engaged and went to the doctor for birth control. In Massachusetts in 1971, the law of powerful old white men decided I couldn’t have birth control unless I was married, and I was so unable to make decisions about my own body that I wasn’t the one who would be punished if I tried to take control of my own reproductive system — it would be the doctor — an old white man.

When a man wanted me to give him a blow job in exchange for me making a sale, I went back and told my boss. The pig denied it, but my boss believed me and threatened him with real trouble if it happened again.

Another white man asked me out to lunch and as soon as we were in the car, he pulled his penis out and asked for a “massage.”

At work at a small newspaper in new Jersey, I sold ads. Another sales rep, a creepy old white man named Bob, decided I would be his next conquest. I told him no every day, often several times a day. He made a habit of trying to grope me every time he was within reach. After a couple months of this, I went to the publisher to complain, and all he did was laugh and say, “That’s Bob.”

For the first time, I fought back. I told him to give me his home phone number, which he was stupid enough to do.

“If I call now, your wife will answer, right?” I asked.

“If I tell her what a fucking pig you are, she won’t be happy, will she?” I said.

Then I held up the slip of paper.

“Ladies, I have the phone number for Bob’s wife here. If he ever gropes you, if he ever makes another pass at you, please ask me for the number. I’m happy to share.”

I quit a short time later, but Bob was kept in check because I gave every woman that phone number.

A couple of years later, another white male boss bragged that he liked to keep the heat turned down to 65 degrees in the office because the women’s nipples got hard and he enjoyed that.

Every morning I went and turned the thermostat up to 70. Every hour or so I checked to make sure it was still set at 70. I left him notes letting him know what I’d overheard and promised to report him if I found the heat set below 70 degrees.

But people still ask why I didn’t report my grandfather. Am I SURE it’s not just “recovered” memories? Trust me, the memories are real.

But I remember his hands on me — all over me. I know what happened, even though he died in his bed and everyone else still thought he was a fucking saint. He was so good with children, after all.

Having people question Christine Blasey Ford’s motives in telling her story, or accuse her of lying, is the same as telling me I’m lying.

And I don’t care that he didn’t actually get to rape her. He intended to, and she knew it. She was fighting for her life for all she knew.

Wearing a short skirt is not an invitation. Having dinner with someone, having a drink, walking on the beach, just our very existence, seems to be reason to say we tempted him, and all he did was take what we really wanted to give him.

We are not here for your pleasure. We actually aren’t all that interested in you or your accomplishments or the size of your penis. We don’t care about your flashy car or your decked out apartment. You are inconsequential.

Damn right we’re angry. Women have had about enough of this.

More of us die at the hands of people who are supposed to love us. More of us live in poverty. We make less money for the same work. We do more of the work in the home, when when both partners work outside the home.

We are the Daughters of Eve, the people Evangelicals say are responsible for our own abuse and all the violence against us, and we are pissed.

We are coming for your white male privilege.

Look behind you. We’re gaining ground.

‘You don’t agree with me so I hate you!’ 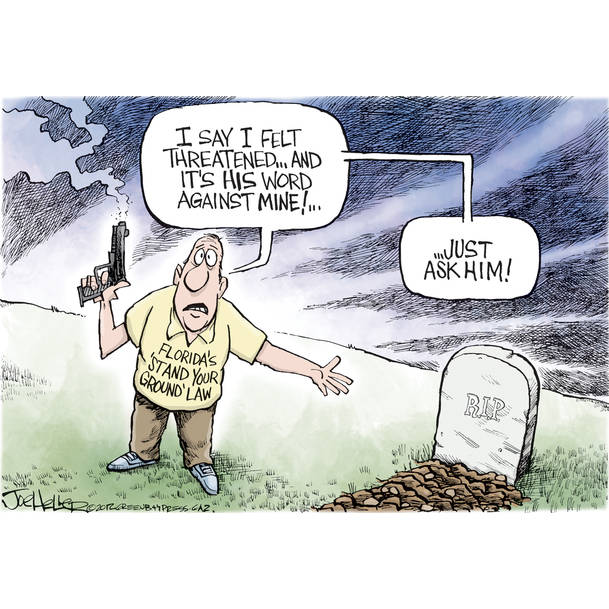 I was loading groceries into my car when an older woman with perfectly sprayed hair and a sparkly gold top came stalking over to me.

“You are dumb as crap!” she said with a sneer.

“Dumb as crap!” she repeated, pointing at the magnet on the back of my car that said, “Health care for all.”

I have a few liberal leaning stickers, such as, “God bless the people of every nation,” and “Question war,” plus one that says, “I can’t believe I’m still protesting this crap!”

She started walking away and I said, “Losing a child to our broken health care system has colored my opinion.”

She opened the door to a huge gas guzzler of a car and threw her purse in. On the back of the car was a bumper sticker that read, “I wear lipstick and I own a gun,” which is OK by me as long as you know how to use it safely and you don’t go around shooting people you don’t like — like me.

“I suppose you’re a Christian,” I said as I walked my empty grocery cart to the corral on the other side of her car.

She sneered at me again and got into her car.

“Well, there goes the love of Jesus,” I announced loudly as she slammed the car and other people in the parking lot smiled. One woman looked at me and shrugged her shoulders.

But why did she hate me just because we disagree? What’s more, what made her think we didn’t have ANY common ground?

If she had been carrying her gun in a stand-your-ground state, she could have pulled it out and shot me as I walked toward her with my empty grocery cart, even though the cart corral was on the other side of her car.

She could have claimed she felt threatened, especially if I wasn’t white.

That is no exaggeration.

George Zimmerman was declared not guilty after shooting an unarmed teenager — after stalking him and chasing him down — because he felt threatened.

We live in a culture where it’s OK to hate people who disagree with you — in fact, it’s encouraged.

We are told people who disagree with us have little or no worth, that they’re stupid and that we can aggressively corner them and tell them that.

And in stand-your-ground states, we can then open fire on them when they get mad right back at us.

I felt absolutely furious at that woman. Who the hell is she to judge me, knowing absolutely nothing about me as a fellow human being?

It took some real self-control not to yell insults back at her.

But someone had to be the grownup here, and I already knew it wasn’t going to be her.

Since George Zimmerman has been set free, it seems to me like it’s open season on anyone you think can be provoked into making you feel threatened.