Fight poverty, not the poor 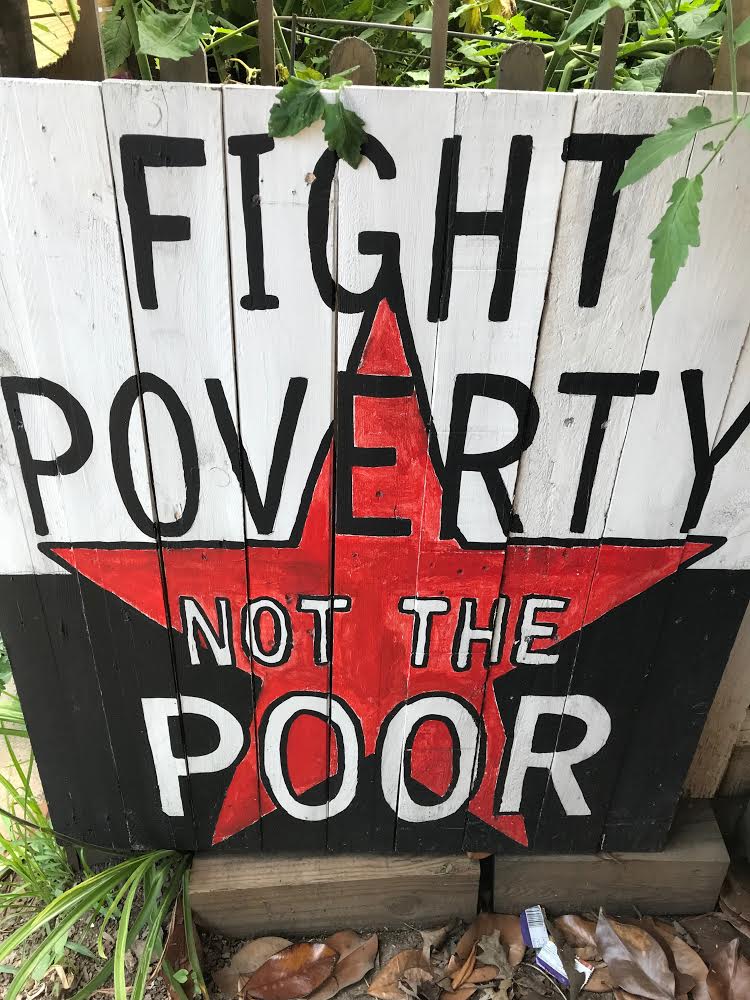 If I hear another person tell me poor people need to get a job, I may become violent — or at least verbally abusive.

Did you know most poor people who can work, do? Did you know that the vast majority of jobs being created in this economy are low-wage and part-time?

There was no real recovery after the meltdown of 2008. What there was, was a reset that took away most of the last of the living-wage jobs and left us with jobs that don’t pay the bills and don’t offer benefits like vacation, sick days, health insurance, disability insurance, a pension or 401K plan …

So, when a few people began camping outside 12 Baskets Cafe here in Asheville, the local (Sinclair Broadcasting) television station interviewed people and broadcast a story that seemed designed to stir people up.

Across the street from 12 Baskets Cafe (which the news station called 12 baskets) is Sunny Point Cafe, a real magnet for tourists because it serves local food prepared really well.

So, the WLOS TV “news” crew interviewed tourists, who knew nothing about 12 Baskets Cafe. The tourists, of course, don’t want to look at poor people in their vacation spot.

“Oh,” they say, “these people are bathing and sleeping right there by the road, where we can see them!”

The people who live and work in the neighborhood support the cafe, no matter what the “news” tells you. People stop by often with food from their gardens. One woman brings fresh flowers every week.

12 Baskets Cafe is a place where everyone is treated with the basic dignity that should be offered to every human being. Just walk into the space and see people looking after each other’s children, people enjoying conversation with others they’re meeting for the first time. The volunteers who serve and clean up are encouraged to sit down and enjoy a meal and good company.

This is a positive space, a loving place, and the food is good. People were paying $10 a plate for it the day before.

In a time when some 40 percent of food is thrown away, no one, no one, should go hungry.

Part of the problem here is that the powers that be would love us to think there isn’t enough to go around, so perhaps we won’t realize they’re pillaging our resources while more than 140 million Americans live paycheck-to-paycheck, just one check away from financial disaster.

Well, there is enough to go around. There is an abundance.

What we all need to understand is that poverty is a political construct. When you send all the money to the top 1 percent, nothing trickles down.

Economic science shows that money given to the wealthy is stashed away, hoarded, because they don’t have to spend it. On the other hand, every dollar spent on food stamps generates $1.73 in the economy (https://www.cbpp.org/research/food-assistance/snap-boosts-retailers-and-local-economies).

When you deny people a living wage in exchange for a week’s work, they become homeless, sick and hungry. It really is that simple.

Homeless people aren’t lazy or morally inferior. They’re people like you and me who have been forced into poverty by bad public policy.

Perhaps it’s time to change the policy-makers so we can have enough food, a living wage, decent public education, health care and affordable, safe housing for everyone.