Why do I feel so angry all the time? Why doesn’t everyone? 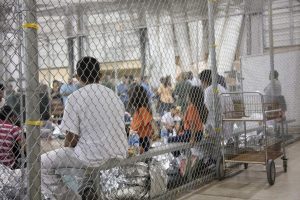 With my vacation half over (I spent a week on Cape Cod camping with my sisters and leave tomorrow to spend a few days with friends before my granddaughter and her husband and daughter come to visit next week), I feel rested and restless at the same time.

I had an argument with my sister over whether we should shoot for an immediate move to Medicare for all, or whether it should be done gradually.

“I’m done with gradualism, ” I told her.

And now you want me to wait some more. Are we waiting until my other son dies? Maybe one of his kids or grandkids? How long are we supposed to wait?

I didn’t get all this out before she yelled at me to let her finish her argument. In that time, another person died. and since that time, another 100-plus people have died. I turned my head and started reading something on my phone because I didn’t want an ugly scene, but I knew I couldn’t convince her I’m right. She pays through the nose, but she has access to care. She had surgery in the last year for a condition that would have killed her had she been uninsured.

I can’t even begin to say how grateful I am for that.

I tried to tell her all this, but I just started crying instead because even after 11 years, the pain of my son’s death is as fresh and raw as ever, and in the time I took to try and explain that, another American died from lack of access to health care and his or her family is plunged into the same endless grief I experience every day.

Meanwhile, children languish in filthy cages with no sanitary supplies and no beds, separated from their parents in a strange land where they don;t know what people are even saying to them.

Meanwhile, the Earth continues to burn, hurtling us toward extinction in a few short generations.

Meanwhile, we contemplate war on Iran.

Meanwhile, the water in Flint and dozens of other American cities is still poisoned.

Meanwhile, the election districts are still gerrymandered and the elections are controlled by two utterly corrupt parties.

Meanwhile, the wealthiest of us continue to steal and hoard our wealth while half of our families live near or below the poverty level because those with the most money won’t pay a living wage for a week’s work and then they get to call poor people lazy because they don’t have enough money to meet their basic needs.

Meanwhile, we all go about our business, taking care of ourselves but not noticing how much trouble we’re in as a nation, as a species.

Meanwhile, a third of our nation continues to defend the hatred and ignorance spewing from the Oval Office, and we have yet to rise up in sufficient numbers to prod our so-called leaders into action to remove this criminal from office.

I’m done with all of it. This is more than a national emergency, it’s a planetary one. It’s about our continued existence as a species, and you’re asking me to wait patiently?

Every day we wait, children in Flint and other cities face irreversible brain damage from lead in their water.

Every day we wait, people languish in jail, losing their jobs and homes and children because they don’t have $500 bail money. So they wait in jail for months to be tried for a crime they may not even have committed.

Every day we wait, we edge closer to extinction.

Wake up. Stop waiting for somebody else to save us. We have to save ourselves, and we can’t do that by being patient.