‘What are you gonna do?’ 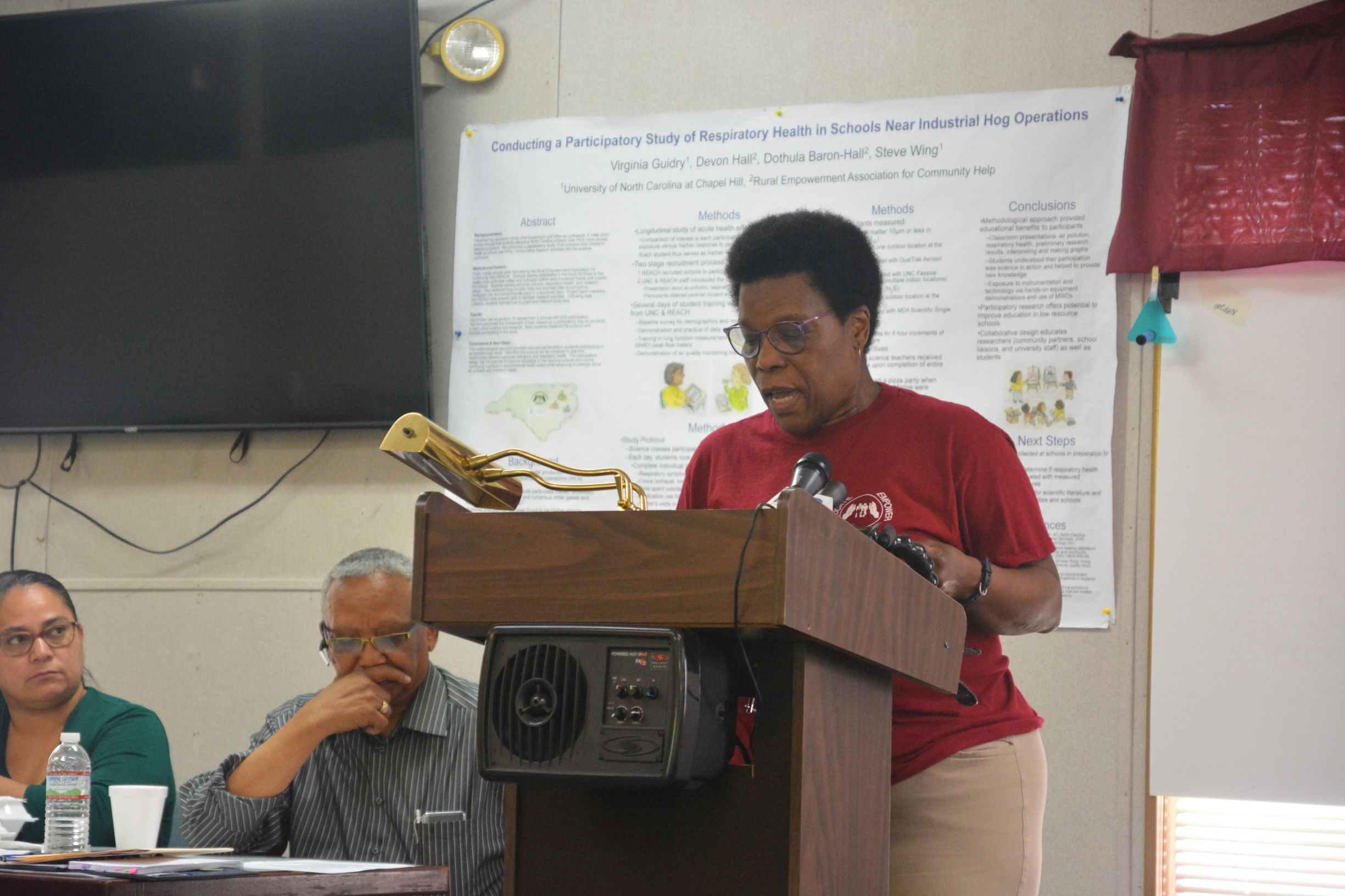 Sherri White-Williamson, a specialist in energy regulation and law, who is retired from the EPA, now works to make all out energy safer and renewable, issued a challenge to everyone on the Poor People’s Campaign Truth and Poverty Bus Tour to go home and DO something.

In the three years my son battled cancer, he often played the Cancer Card.

What that meant was if he wanted something, or if he didn’t want to do something, he would whine, “But I have cancer!”  Then he would laugh, whether he got his way or not.

In the days before his death, he told me I was about to get a card that would be hard to top — the Dead Kid Card.

He shook his head. “Doesn’t matter what you want. It’s there. It’s being dealt as we speak. What I want to know is what are you gonna do with it.”

I told him I didn’t know and he shook his head again.

I thought for a moment and told him I will work for access to health care for everyone. Real access, not a high-deductible insurance policy that just puts money in the pockets of the 1 percent, but real, meaningful access.

He sank back into his pillow and smiled.

Last week, I went with some of my fellow activists in the NC Poor People’s Campaign on the National Emergency Truth and Poverty Bus Tour across the state to visit people affected by poverty.

We saw people doing, including the first homeless/formerly homeless Street Medic Team, based here in Asheville. We met homeless activists in Charlotte, several of whom got on the bus and traveled with us.

We met environmental activists in Robeson, Scotland and Duplin counties. One of them was Sherri White-Williamson, who retired from the Environmental Protection Agency and now works across Eastern NC as an activist fighting the deforestation causing catastrophic flooding, the proliferation of industrialized hog and poultry farming and the Atlantic Coast Pipeline and other fossil fuel enterprises.

Sherri spoke to us in Robeson County and again in Duplin, and she told us to go home and do something.”

“You’re all excited now, enthusiastic about working to improve things,” she told us. “But coming here and learning what’s happening is not enough. You have to go home and do something.

“What are you gonna do?”

In the 11 years since my son breathed his last, somewhere near a half million Americans have died from lack of access to care.

I worked for the Affordable Care Act, even though I was uncomfortable leaving insurance companies in the mix because I feared they would work to sabotage the law — which is exactly what has happened.

So, I continue to work to educate people about why we need to do what every other so-called developed country has done — find a way to get access to health care to everyone.

But I can’t work in a vacuum. Health care is not the only issue we need to address because if we get health care to everyone and we don’t fix the environmental devastation or raise the minimum wage, stop the endless wars or fix voter suppression, we’re still screwed.

We need activists for this fight. We need people to work with us.

We as a nation need you to pick your issue or issues and join the fight.

We don’t need online petitions because they never, ever, ever result in any change. Never. Sitting at your computer and typing in your name, e-mail address and phone number does nothing more than give some political hack your contact information so they can inundate you with requests for money.

Donating to a cause is great — the Poor People’s Campaign could sure use some financial help, as could any number of other causes — but these are perilous times and we need people to be in the streets.

We need people who can register voters and educate people on the issues — God knows the corporate media don’t peddle much beyond propaganda.

We need people to run for office — school board, city council, county commission, state legislature — and work for real change.

We can’t do this if people just stay home and go along to get along.

We need you in this fight because this is a fight for our very existence as a species.

What are you gonna do?

Think about it. We don’t have a whole lot of time left.