We have crossed the line into an uncivil society 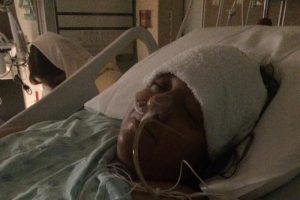 Rachel Alexander was one of the 102 victims of Sunday’s massacre in Orlando. She faces mounds of medical bills.

Rachel Alexander is one of 53 surviving gunshot victims from Sunday’s massacre at Pulse, an LGBT nightclub in Orlando, Fla., and she has another problem — finding a way to pay what will be massive medical bills.

It wasn’t enough that she was targeted because she frequented a business that caters to LGBT people; now she faces lifelong debt or bankruptcy because the state where she lives has chosen to not expand Medicaid, and even if she does have insurance, the deductibles and co-pays will be massive.

In other words, not only can we as a nation do nothing about gun violence; we can’t do a damn thing about access to health care, either.

The money from the Gun Lobby has been used to bribe Congress into total inaction on access to guns, and the money from Big Pharma and Big Insurance has prevented adequate access to medical care for millions of Americans, especially in states like Florida.

If you’re in your mid-20s, as many of the victims were, and you work an entry-level job, that $5,000 deductible you have to meet before you start getting benefits might as well be $5 million.

The 102 people who were shot by a religious zealot (and, according to some, a self-loathing gay man), who despite being on the no-fly list was able to buy an AK-15, were victims of a society that cares not at all about human lives, and now the 53 survivors face choosing between a lifetime of debt and bankruptcy.

If you’re not outraged by this, you’re part of the problem.

If you think we don’t need to do something about access to guns, you have bought into the hate and malice being peddled by the NRA and others.

If you don’t want your tax money to go to paying for health care for everyone, and you consider yourself a Christian, a Muslim or a Jew, go back and read your scripture because all three sacred texts talk about loving and caring for each other. Nowhere do any of these texts tell us to adopt an I-got-mine-get-your-own attitude.

We have crossed a line here, and I think it was after Sandy Hook, when we failed to do anything about access to guns. We are no longer a civilized society. We are devolving into chaos.

It’s long past time to fix this. We must pass sensible gun laws. We must offer universal access to health care.

To do this, people of conscience must vote. We must vote in every election, in every race. We must demand better or we never will return to being a civilized society.

If you don’t know how to reach your member of Congress, visit www.house.gov/representatives/find/.