These hate-filled racists are not Christians 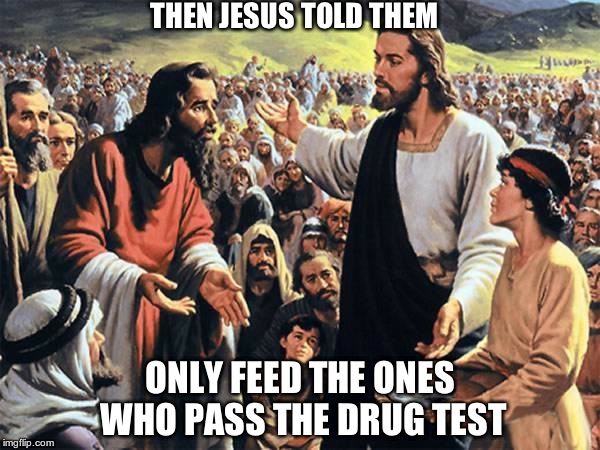 There’s something you need to know about the Evangelicals who support the racism and hate of the Republican Party: They’re not Christians. And with this statement, I’m looking right at you, Franklin Graham.

Jesus said we would know a tree by its fruit. Well, the fruit of these people is about as rotten as rotten gets.

I’m not someone looking at this from the outside — I was raised among these people. They have been with us all along, but they lay low for generations, just waiting for their time.

In the 1960s, I heard them talking about “taking over for Jesus,” but they never understood that Jesus never preached hate or violence. Jesus taught his followers not to hate, not to exclude.

They would make prayer mandatory in schools and turn their backs on science. They would make sure all our elected officials were of a mindset similar to theirs.

They shunned “worldly” things like dancing, movies, playing cards and going to the beach.

As a child, I was handed religious tracts to hand out to strangers on street corners. There was some adult supervision, but by the time I was a teenager, I had learned to tell adults I was going with another group and then slip away with a couple of friends.

The religious tracts were all about how most of us would burn in hell. The illustrations were more than a little disturbing. We were being scared into following their version of Jesus.

The scare tactics didn’t work for those of us who could think critically, but they did their best to squelch any critical thinking skills in their children. Books other than the Bible or other approved Christian books were all but banned. I remember reading George Orwell’s “1984” as a freshman in high school and a girl from my church approached me and told me I should return the book to the library because it was “from the pits of hell.”

When my best friend became pregnant at age 16 and decided not to marry the father, her father was asked to resign as a deacon. When she lost a set of twin boys in her seventh month, one of the church ladies told her, “See? God punishes.”

We were Daughters of Eve, and we were guilty of Eve’s original sin, which was seduction. Sex was always our fault, even when it was unwelcome, even when we were children. It was dirty and not spoken of aloud, but we got the message that any encounter was our fault and not the man’s, and it was a filthy sin.

We judged everyone. Even TV newscasters. The Vietnam War was a good thing because we were killing those Godless (racial epithet for Asians). That was actually said from the pulpit by a guest preacher when I was 17, and when I called him out after the service by saying I don’t think God wants us to kill any of God’s children, I was told in no uncertain terms I should show more respect.

“I AM showing respect,” I replied. “Anyone who condones the murder of any of God’s children is the one lacking respect.”

That’s when I decided I was done with Christianity, or at least the Evangelical brand of it.

I continued to follow the teachings of Christ, and I still try to be that loving, nonjudgmental person I am called to be. I don’t think poor people are lazy. I don’t think criminals should be locked away and treated like slaves. I don’t think the current occupant of the White House is sent by God — unless, of course, God wants to punish us for being such assholes.

I don’t understand how anyone thinks Jesus said God rewards us with material goods for being good Christians. That’s called prosperity theology and Joel Osteen has made millions off it.

You can pick and choose your scriptures to say just about anything you want. The Bible has been used to rationalize slavery, war, the death penalty and the greed of the uber-wealthy.

But my life is guided by the tale of Judgment Day in the Gospel of Matthew, where we are told that whatever we do to “the least of these, my brothers and sisters,” is what we do to Jesus himself. You can’t claim to worship someone and then be abusive to that person.

I don’t do the justice work I do to get into Heaven or because God the Father is watching everything I do. I do it because we’re all human. I do it because no one deserves to be in poverty.

When Jesus said, “The poor you will always have with you,” it was an admonition to work to abolish poverty, to set public policies that lift people out of poverty instead of keeping them down by just throwing them scraps.

If you think Jesus is smiling on the United States, you are the problem. You are not Christian, you are part of the evil that’s gripping this nation right now.

I refuse to identify with Christians anymore because this group of right-wing, hate-filled, ego-driven people do. I call myself a follower of the teachings of Christ.

And I work to change these evil policies that mire people in poverty and hopelessness.

I know I’m not supposed to judge, but the hatred I see around me every day is closing in on me. I am frustrated and angry.

I’m looking at you, Franklin Graham. I’m praying you might see the light.