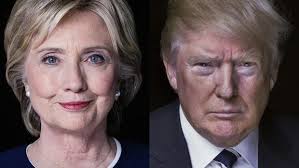 It appears we have a Democratic candidate, and it is historic.

Millions of racists are about to show their sexism, and millions of poor losers are ready to let the nation crash and burn because they didn’t get their way.

Welcome to the world of politics, Millennials.

Hillary Clinton was not my first choice; Bernie Sanders was, and I was as passionate in my support for him as anyone.

Most people who know me understand that my most important issue is access to health care, and Hillary Clinton has said she doesn’t see us ever getting to single-payer. Bernie promised me he would fight for it.

I met Bernie twice and told him how my son died from lack of access to health care. Both times he hugged me and said, “I’m working on this, I promise you.” He will keep working on it in the Senate now and I have to be OK with that.

Movements take time and revolutions rarely achieve their goals at the voting booth.

So, rather than flip the bird at the country, I will vote for Hillary and hope that we who supported Bernie will pull her to the left.

I say this because I don’t believe violence is the answer, and the fuck-you attitude of some of Bernie’s supporters will only lead to violence.

Here is why I don;t think writing Bernie’s name in or voting for Jill Stein is the solution:

Four years ago, when the Democrats here in North Carolina ran Walter Dalton, an incredibly weak candidate, people shrugged and said, “So, let the Republicans take it all, and then we’ll win it back because people will be so pissed off.”

I told one friend I thought that was a dangerous tactic, and I was right. The damage the extremists have done in this state is epic, and some if it will never be fixed.

Coal ash pollution is forever, as are fracking chemicals (which have yet to be unleashed, but the General Assembly has approved their use and the governor signed it).

The 8,000 or so people who have died from lack of access to health care because these people refuse to expand Medicaid can’t be resurrected. They are gone. Ask their families how your attitude worked for them.

The children who are in our schools are missing a decent education as teachers stage a mass exodus from the state, and those kids can’t get that opportunity back.

There are damages that can be fixed, but they will take time. Rebuilding our state’s reputation will take a generation or more.

So, go ahead, flip off the candidate that could prevent these things on a national scale. Sure, let Trump take it and see how quickly we’ll be at war with China or North Korea, or both. Watch things escalate in the Middle East. See how long it takes somebody to use a nuclear weapon. Maybe we could start a pool to see who comes closest to the date and time. Bonus dollars for a reason for the mess. (“China insulted my wife.”)

Vote for Trump and watch your Social Security and Medicare disappear. Watch your Supreme Court become a rubber stamp for the wishes of the extremists and billionaires. Watch your water become too polluted to drink while what little drinkable water is left is privatized and sold for profit. And watch as minimum wage is abolished and your children are forced to subsist on $2.50 an hour.

Hillary Clinton is the most examined candidate of all time. She has endured a quarter century under the microscope, and no one has found anything concrete. She did not break the law with her e-mails, even though her detractors want to believe she did. She did not cause the embassy in Benghazi to be attacked — the Republicans in Congress who denied her request for funding for security there are far more responsible for that fatal attack than she was. She didn’t kill Vince Foster.

I will vote for her, and I will hold her feet to the fire because movements take time. It took the right-wing extremists decades to take power, building a strong base as they climbed; it will take us time to get it back.

You can be more constructive by encouraging the formation of a viable third party in time for the next election, but there is no excuse for allowing a Trump presidency. None whatsoever.

So, instead of whining, get to work. You’ll never get anything if you don’t work for it, and sitting in a corner flipping the bird and sulking will get you nowhere.