Think of this as a public service announcement: Check your skin 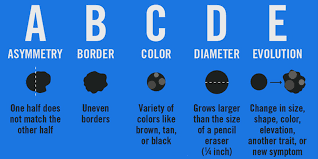 If you had serious sunburns as a child, pay attention to your skin because melanoma is deadly if it’s not caught early.

I’ve been away for a bit, dealing with my son’s death anniversary — it’s 10 years as of April 1, and I relive these final six weeks every year, day by day.

Ten years ago today, I was praying my son could gain two pounds in the next two weeks. If he couldn’t, it would mean the chemo was ineffective and he would die in a matter of days or weeks, starved by a cancer that could have been prevented had he been able to get the care he needed.

I had sat in the chapel at Duke the day before and prayed for those two pounds. That’s all I was hoping for because a cure was out of the question.

I had six weeks to prepare for the loss of my child, and I was two weeks into that. I wanted that whole year the doctor said we might have, but only if chemo worked.

I find it hard to motivate myself to get much done during these six weeks, but this year, I had another reason to be preoccupied: I was diagnosed with melanoma, which is one of the most curable cancers when diagnosed early — and one of the least curable once it has spread.

Mine was diagnosed early. I was told it was stage 2, which is still contained, and has a 10-year survival rate of about 60 percent. When you consider my age, I think that’s about my chances of survival for another 10 years anyway.

But my thoughts were about seeing my son again more than much else. Yeah, I wanted to survive this, but I wasn’t in a panic that I might not. I thought about chemo and about how much I would be willing to endure for a longer life. I watched my son and my sister endure chemo and its side effects of deep bone pain, nausea, hair loss, extreme fatigue and more. I didn’t know how much I was willing to suffer for a few more weeks or months on this earth.

I had a constant low-level anxiety, but I was upbeat. I convinced my son not to panic because his wife had a melanoma removed 15 years ago and she’s fine.

I worried about the stage 2 diagnosis, though.

As a reporter covering health issues, I wrote about the importance of sunscreen every year for more than 20 years. I’ve seen photos of early melanomas, so I knew the one on my leg was something to keep an eye on and I made the appointment as soon as I saw a change in it.

The thing is, even if you’ve just had one severe sunburn, you can develop melanoma. Nobody should plan to be outdoors for any length of time without sunscreen, especially people with fair skin like mine. Growing up in the 1950s and 1960s, when people didn’t use sunscreen, I had some nasty burns. I guess I’m fortunate that I wasn’t one of those girls who sunbathed — I found it boring to just stretch out on a towel in the sun.

As it turns out, my cancer was stage 1. Staging can be tricky, but it was about one-third of a centimeter thick and less than the circumference of a dime, and the surgeon said the survival rate at this stage is nearly 100 percent.

Considering the amount of tissue they scoop out after diagnosis, I believe they got it all.

But I will go in for screenings every three months for the next year, and then annually.

This is something everyone who has access to care should do, especially if you’re fair-skinned and have had one or more serious sunburns. By that I mean, if you blistered and peeled, you need to keep any eye on any moles or “age spots.” A friend was just diagnosed with early-stage melanoma after her doctor told her the spot on her face was probably an age spot, but went ahead and referred her to a dermatologist anyway.

Here’s what to look for in a mole that you suspect might become cancerous:

If you don’t have access to health care, examine your skin monthly and ask someone to check your back and the backs of your thighs for moles. If you see one changing, get to a clinic and have it looked at. Getting it taken care of at stage 1 or 2 means a few hundred dollars; waiting means your life.