Why NOT Oprah for president? 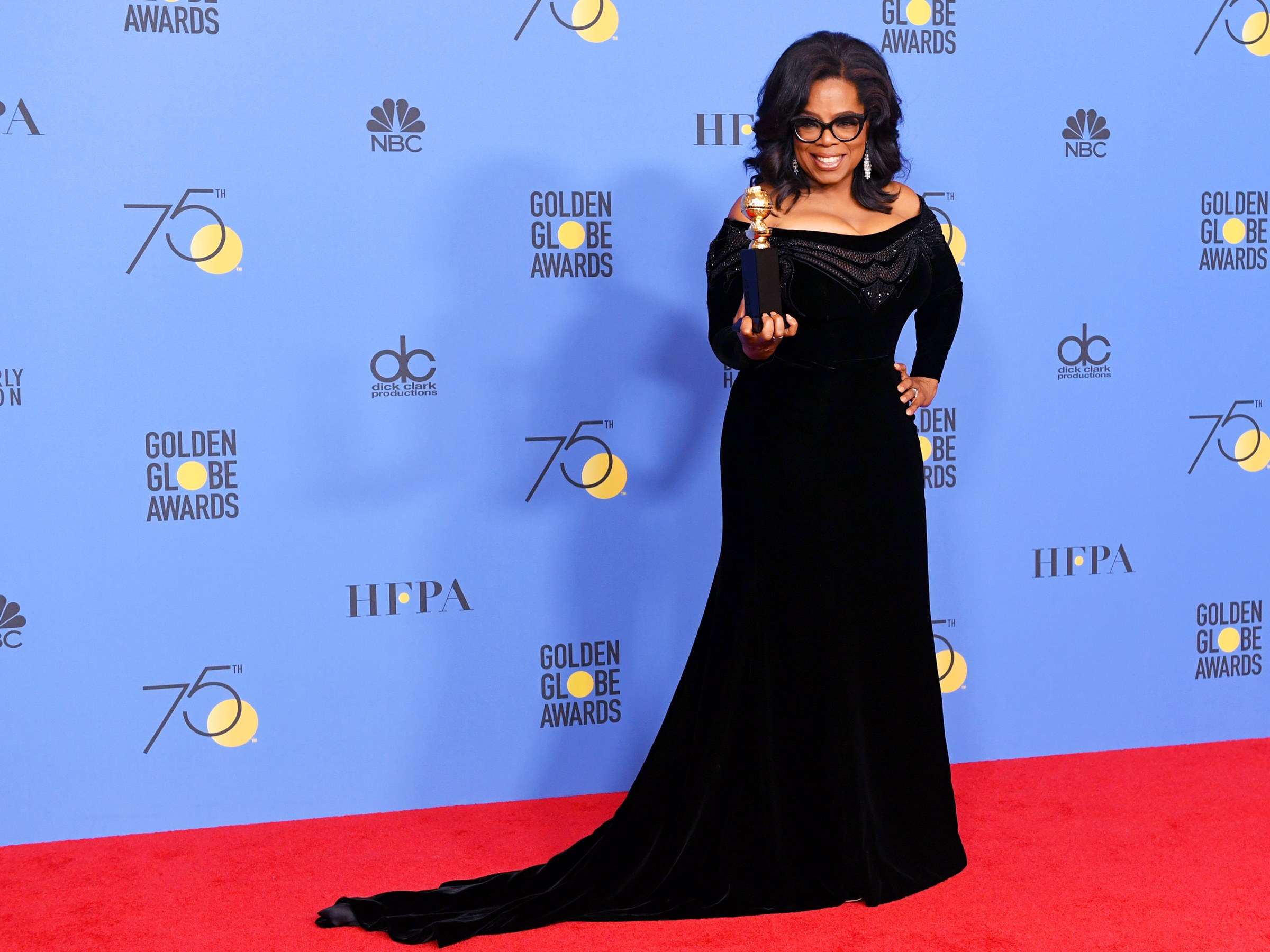 I love Oprah — as an entertainer, as a human being, but not as a candidate for president.

I don’t want Oprah to run for president.

I know, I know, now you think I’m being racist, but hear me out.

We don’t need another entertainer in the White House. The two we’ve had –Ronald Reagan and the current occupant have both been disasters.

I’m not saying Oprah is in this class; I’m saying she’s a consummate entertainer. She’s charismatic and brilliant, and by accounts I’ve read, a kind and compassionate woman who has experienced poverty and tragedy in her life.

But she’s not who we need in the White House right now.

Abraham Lincoln is said to have had a squeaky, high-pitched voice. So, although he was brilliant and eloquent, his voice probably made his speeches less than rousing. What made him great was his political courage, his leadership skills, his willingness to do things that would not have polled well in his time.

Lyndon Johnson was a dick by all accounts, and he made some serious mistakes with respect to Vietnam, but he pushed through Medicare and Medicaid and civil rights laws — all politically unpopular in his time. He wanted to end the war in Vietnam so he could fight the war on poverty. He never got to do that because of the power of the war lobby.

What we need is someone with the courage to fight special interests and the understanding of how to do it.

What we need is someone willing to stand up to Big Pharma, Big Insurance and the rest and get single-payer health care passed, someone with the political know-how to make compromises without climbing into bed with these lobbies.

We need someone who understands energy policy well enough to overcome all the power of Big Oil and get us on the path to renewable energy technology.

We need someone with the political skills to pass a Constitutional amendment getting rid of Citizens United.

What we need is someone who’s willing to end our wars and bring about an economy of peace.

Today is Martin Luther King Day, in this the 50th anniversary year of his assassination. I remember his life and his death, and I remember what he stood for. And I’m not sure he would have been an effective president, either. His place was with us in the streets, demanding the politicians and policymakers do right by the nation and its people. He admitted that he was not a policymaker, and he called on policymakers to do the right thing.

How are we ever going to get racial, social and economic justice if we just keep electing the popular kid to lead us?

Ignorance of public policy and how it gets made is not a quality I want in any politician. I want the people we elect to be specialists, not prom kings and queens. The captain of the football team is knowledgeable about sports, but not curriculum. He might not be the best choice for school board.

Oprah might be just the person we need to help us hold those we do elect accountable. She might be a great resistance leader, although I have yet to see that side of her. Is she willing to stand up and tell truth to power? Her speech at the awards show was rousing, but she never called out the pretender in the White House by name, and what has she said and done since, while she’s not in an evening gown at a podium in front of the cameras?

Don’t get me wrong, if she had public policy experience, if she had a record we could point to and say, “yes, she signed on to the renewable energy bill,” or “she helped to write and introduce a bill for single-payer health care,” or even that she had read and understood these bills.

But she has not.

I know she’s a quick learner, but just who are the people with whom she will surround herself? Are they more of the corporate-friendly Democrats who have done little or nothing to raise minimum wage to a living wage? Are they people who say we can’t get single-payer done right now? Are they unwilling to fight for public education and unions?

I don’t want that again.

The reason I supported Bernie Sanders was not because he was an old white man, it was because he promised to work toward a single-payer system right now. And yet, I sincerely hope he doesn’t run again. It is time to pass the baton of leadership to the next generation. Yeah, go ahead and call me ageist because of that, and call me racist because I don’t support Oprah. Don’t look at my history of work for racial justice, just look at this one issue this one time and judge me. After all, it’s not about the past or the future, it’d only about right now, this moment, when we all love Oprah, and if we don’t, we’re somehow flawed.

Instead of talking about why I disagree with you, just walk away and call me names. That’s exactly what the corporate overlords want from you. I got a lot of that when I posted a selfie of me and Sen. Cory Booker, because he voted against a bill that didn’t benefit pharmaceutical companies — probably the largest employers of his constituents.

No one is going to be perfect, people.

So, what do I want? I want us to find people to run for office who will be good, even great, public servants, people who understand the complexities of public policy and who know how to work toward a better future, just as I would want an experienced plumber and not someone who can learn on the job, when my pipes burst.

We have to stop being a society that rewards ignorance because we want a president with whom we’d enjoy having a beer and watching a game.

I’d love to see Tammy Duckworth, a combat veteran, a woman of color, a woman of proven courage, and now a woman with public policy experience, toss her hat into the ring.