Now let’s get to work 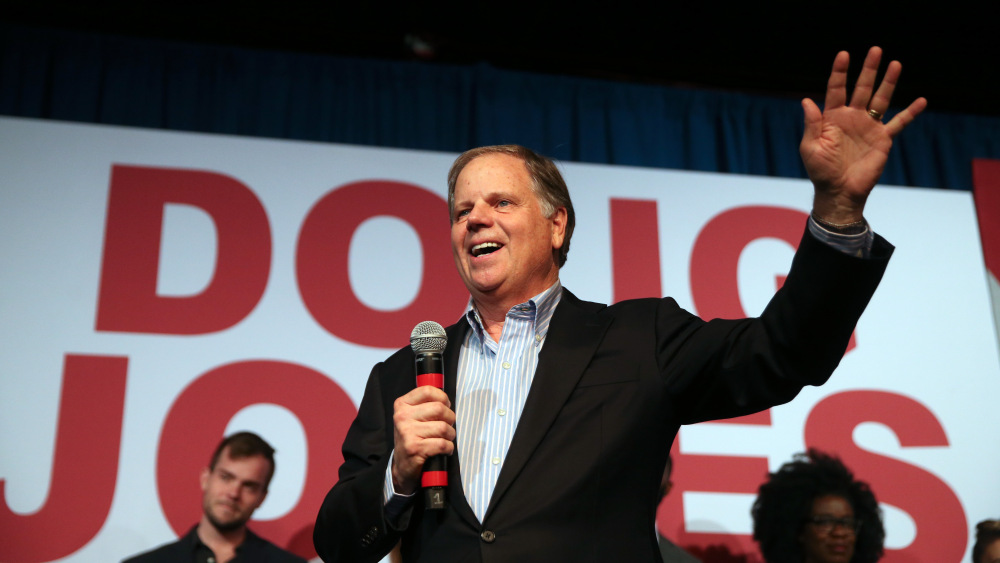 Democrat Doug Jones speaks to supporters during a rally in Birmingham on Monday, the day before he was elected to the US Senate, (AP Photo/John Bazemore)

The defeat of Roy Moore is not some huge, history-altering victory.

Never has a major political party put up such a flawed candidate — a man who pursued teenage girls and is accused of groping and even raping them, a man who thinks giving black people the vote — and, yes, even their freedom — was a mistake, a man who has been removed from the judicial bench for refusing to follow the Constitutional ban on religion in the courtroom.

And he was barely defeated.

We did not turn the tide. We merely gave the soul of our nation another breath before it goes under for good.

Net neutrality could go away as soon as tomorrow.

We still have not restored the Voting Rights Act.

The minimum wage is still just about one-third of what it takes to live in this country.

Corporations still are considered people under the law.

Women’s access to reproductive care is still in danger.

There’s more, but I think I’ve made my point here.

What happened in Alabama is a relief. I know I didn’t realize I had been holding my breath for weeks until I heaved a sigh of relief about 11 o’clock last night.

But make no mistake, the Democratic Party is not what saved this nation yesterday, nor did white, college-educated women; it was African-Americans, who came out in force — at 26 percent of the population in Alabama, they cast 30 percent of the votes in spite of massive efforts to disenfranchise them, and 96 percent of them voted for Doug Jones, the former prosecutor who finally brought the murderers of four little girls in Birmingham to justice.

We have to turn out in force to defeat them. We must register voters and get them to the polls. We will have to combat lies and foreign interference. We will have to fight at the ballot box because they are taking over the courts with blinding speed.

Yes, today we should celebrate the victory in Alabama, but we have no time to rest. By tomorrow, we all must be back at the work of saving this country.

Our work is not finished; it has only just begun.