They’re spreading terror and getting away with it

I have been arrested and hauled off in zip-ties five times in my life, all of them for trying to talk to legislators in Raleigh and Washington about the need for access to health care for every human being.

If you know me, you know why I have entered the NC General Assembly Building and the US Capitol to speak about health care. My son died on April 1, 2008, because he was denied the care he needed because he didn’t have insurance. And he couldn’t get insurance because his birth defect was a pre-existing condition. And doctors were able to deny him the care he needed to survive and not face any penalty for his death.

Legislators refused to speak to me, and I refused to leave until I had spoken to my representative/senator or a legislative leader. I was never threatening. I was not armed. I didn’t cuss at anyone. I never raised my voice until the door was closed in my face, and then I raised my voice to be heard through the door. I sang “Hold On Just a Little While Longer” as they hauled me away.

I was arrested three times in Raleigh for trespass in a public building, while it was open to the public. I was convicted once and had the conviction thrown out because you can’t actually be trespassing in a public building while it’s open to the public. You can be disturbing the peace, but not trespassing. The rules of the General Assembly Building were found to be unconstitutional.

I have been arrested twice in the US Capitol for wanting to speak to representatives and senators about people dying from lack of access to health care. Again, I never threatened anyone. I was armed only with a 5″x 7″ photo of my son — unframed because I didn’t want to appear threatening in any way. The photo fit nicely inside the brochure I was given to take into the Senate chamber with me. The officer called it a poster and claimed posters aren’t allowed in the Senate gallery.

Fast forward to yesterday, when a group of armed men entered the State Capitol in Michigan and were scary enough to drive several legislators to don bullet-proof vests. They screamed at police who were there to keep the peace and wandered around threateningly with semi-automatic weapons because they want their “personal freedoms” back. They want to be able to spread COVID-19. It’s their risk to take, they say, and they don’t care about anyone else’s freedom to survive this pandemic, and their lack of concern for anyone else was made evident in their failure to wear masks or social distance.

And they weren’t arrested.

They weren’t forced to leave.

Their weapons weren’t confiscated the way my son’s photo was.

They were allowed to act like terrorists and get away with it.

Imagine what would have happened if they hadn’t been white men.

Hell, unarmed black men can’t even jog through a white neighborhood unarmed without getting slaughtered, let alone enter a government building with a gun.

I can’t even enter a government building with my knitting and thread snippers.

But these fascist white men can roam around a state capitol armed to the teeth and get away with it, all because they don;t want to act like responsible adults in the middle of a deadly pandemic.

If you ever doubted we live in a racist, fascist state, you can stop doubting now.

While you were distracted, 9 million children lost access to health care 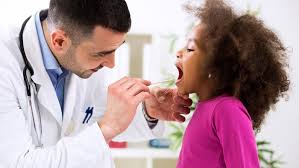 Nearly 9 million children in low-income families were enrolled in CHIP — until the Republicans, who control Congress, let it expire.

It’s not enough that I lost a son to lack of access to health care.

It’s not enough that my only surviving child has no insurance.

Now the Republicans in Congress have stripped my grandson and my great-granddaughter of their access to care.

At midnight on Sept. 30, Congress — which is controlled by Republicans —  allowed the Children’s Health Insurance Program, or CHIP, to expire.

In addition, funding for community health centers expired at the same time.

So, Republicans, tell me again how you’re pro-life because you’re against a woman’s right to not bring a child into a world where no one cares if it dies in infancy or childhood, simply because you believe their parents are your moral inferiors because they’re poor and “just want a handout.”

Oh, and you’re also against paying people a living wage in exchange for a week’s work, making it nearly impossible for anyone to escape poverty.

You support keeping people in poverty and then criticizing them for being poor. Then you yank their children’s health care.

There is no defense for this. None.

This is terrorism. It is murder.

I have no problem offering a handout to children like my grandson and my great-granddaughter. I can’t understand why Republicans would have a problem with it.

I have no problem with the government funding clinics that care for people like my son, who works two part-time jobs as he enters his fourth year drug-free.

No one in my family has ever asked for a handout. We simply want what is available to people in every other industrialized nation on earth — health care.

While we’re on the subject of health care, let’s talk about the “failure” of the Affordable Care Act, which, by the way, would have saved my son’s life.

A record number of Americans have health insurance now, and while some of these policies are pretty crappy, they still are better than nothing.

Before the ACA, some 45,000 people died every single year from lack of access to care — that’s one every 12 minutes. Today, it’s between 15,000 and 20,000, the majority of those being in states that have refused to expand Medicaid to cover the working poor — the very people for whom they say they have sympathy.

My granddaughter was in high school when her daughter was born. She finished high school and now works and is in nursing school. She’s exhausted most of the time, but she’s determined to make it.

Tell me again how she and her baby deserve to die. I’d just love to hear your rationalization.

My grandson is in high school. He tells me he wants to be a teacher. He loves photography and he works at a restaurant so he can afford new photography equipment and to put gas in the car so he can go to the nature preserve and shoot birds and alligators. When he’s not driving, he’ll try to convince whoever is to slam on the brakes when he sees a good photo. His CHIP would have expired in March anyway, so no big deal if he gets sick a few months early, right?

And my great-granddaughter, who’s 4 1/2, well, she doesn’t even have a job. Perhaps she should learn to pull her own weight, right? I mean, where does that lazy little thing get off wanting to play when she could be out there helping to build roads or working at Home Depot?

No, wait — Home Depot doesn’t hire many full-time people anymore because it would have to offer them health insurance. Can’t have people getting health insurance when it might cut into profits, now, can we?

We’re flying flags at half-staff today because a domestic terrorist killed 20 people and injured 400. And while that’s a tragedy, I think 9 million children without access to care and millions more people losing access because their local clinic closed, is far, far worse.

When we can allow children to die from lack of access to care, we surely have lost our collective soul.

We are a despicable nation and we deserve to fall.