September 7, 2013 a world of progress, letters, progressive living No comments 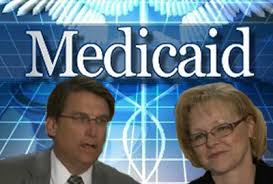 In the last few weeks, it has been revealed that NC Health and Human Services Secretary Aldona Vos has hired young campaign workers and paid them more than double what an experienced teacher makes in this state.

Then this week it came out that a colleague of her husband’s has been paid more than a quarter million dollars as a consultant in just eight months.

This is happening while Wos wants to privatize Medicaid, which will inevitably cut money for services for people in need. Privatization is what happened to mental health services a decade ago and it caused our system to implode.

Reimbursement rates went down so no one could make a profit, providers went out of business, leaving thousands of our most vulnerable people without services.

This is what Wos wants to do with Medicaid instead of expanding it, which would cost the state nothing for three years and then just 10 percent after that.

She has lied about the reason for not expanding Medicaid, saying our Medicaid program is “broken.” Well, before the Republican General Assembly de-funded it two years ago, it was a national model.

Then she said it was because our computer system wasn’t up to the task. She didn’t mention that the state turned down millions of dollars in federal money to build the system up.

Then she said it really wasn’t her decision anyway. I replied that if she and the governor had come out strongly in favor of it the way Gov. Jan Brewer did in Arizona, we could have gotten it through. I also mentioned that the shit-eating grins on her and the governor’s faces were not the demeanor of people who were disappointed with the outcome of the vote.

She walked away from me.

So, we don’t have the money to pay teachers a decent wage, we’re too broke to help people who are unemployed through no fault of their own, our infrastructure is starting to crumble and we have to cut as many social safety net programs as we can.

But Aldona Wos can fritter away hundreds of thousands of dollars hiring friends and campaign workers.

She needs to go. Now.

Here is the letter I e-mailed to Gov. Pat McCrory. Feel free to use it as a template for your own letter to the governort:

Governor, it is time to cut your losses and fire Secretary Aldona Wos. She has violated the public trust again and again.
While Secretary Wos cries about the state Department of Health and Human Services being too broke to provide health care and other services to people in need, she pays a colleague of her husband a quarter million dollars in just eight months, pays another contractor more than $100,000 and gives jobs paying $80,000 and more to young, unqualified campaign workers.
These are not the actions of a devoted public servant; they are the actions of a woman on the take. How can you criticize people who are unemployed and then approve of Secretary Wos’s actions? How can you cut services, refuse to take federal money for an expanded Medicaid, slash funds for education, all because we’re “broke,” and allow this? It is the height of arrogance and hypocrisy.
Fire Aldona Wos now.