Incivility as the new “normal.” 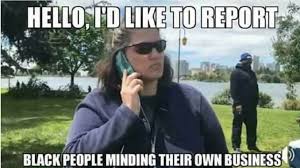 When you see abuses like this, speak up. We can’t allow these terrible things to become the norm.

You never know who has a gun.

That’s what I told the sheriff’s deputy I spoke to yesterday when I called 911 to report a woman who tailgated me for several miles, shaking her fist and taking photos of my license plate with her phone.

As soon as I pulled out, she laid on her horn and took off after me. Every turn I made, she followed. At one intersection, I put on my turn signal and she did the same, so I went straight instead. She followed, still shaking her fist and  taking photos of my car with her phone as she followed a little too closely.

When we had to stop for road construction, I’d had enough. I opened my car door and hollered, “I’m dialing 911 NOW!” I held my phone up so she could see me dial, just as traffic started to move. She turned left and took off like a bat out of hell.

The sheriff’s deputy I spoke to said I had done the right thing. If I’d been able to get her license plate, she’d have had to answer for her actions. But she was behind me and North Carolina only requires one plate, on the rear of the car.

She got away with her aggression, but maybe the fact that someone dialed 911 instead of being intimidated by her threats will make her think before doing it again.

I don’t usually call police on people  but when I feel the person really is about to become violent toward me or someone else, I’ll do it. And by that I don’t mean being black at a swimming pool, napping in one’s own dorm, delivering newspapers or otherwise making racists uncomfortable by existing too close to them for their comfort.

And it’s not just violence that’s increasing. More and more, people are just plain rude and deliberately mean. Just last week, I was visiting a friend in the hospital. The friend is a transgender woman. A woman. But one nurse, a middle-aged woman, kept referring to her as “he.” I politely corrected her the first time, as did my friend, who said, “It’s she. I am female.”

Not five minutes later, the nurse did it again.

“It’s she,” I said, a little more firmly than the first time. The nurse said she was sorry.

Within a minute or two, she did it again. This time I was firmer.

“The proper pronoun here is she. You need to use it, this time and every time.”

It was not a mistake on her part. When you do it three times in five minutes, what it says is, “I don’t get trans because I’m not, so you will conform to MY reality and if you don’t like it, I really don’t care.”

Had she done it again, I would have gotten up and gone to Human Resources to report her. My friend has enough problems battling serious health issues with no health insurance, without being disrespected by her caregiver.

People see the rude, uncivilized boor in the White House and assume it’s OK for them to go with their basest instincts. It’s fine to just say whatever mean thing is on your mind. It’s OK to hate people who aren’t like you. It’s OK to threaten violence — even commit violent acts — if you feel like someone has dissed you, even though you’re free to dis anyone else because, well, you make America great again by doing that.

These behaviors must never be seen as normal, even when they happen routinely. We need to call them out each and every time.

So, with that said, what about interrupting the dining experiences of Mitch McConnell and others who are slashing this nation’s safety net, robbing Americans of their rights to vote and to control their own bodies, whose policies push people into poverty and then punish them for being poor? Is that too rude?

I say it’s not the same thing as threatening violence on someone who just drove around you when you were taking pleasure on holding them up at the light.

I say it’s not the same thing as disregarding someone’s humanity and making it conform to what you think it should be.

The abject cruelty of Republicans at this point in history must be confronted, and its perpetrators made to feel uncomfortable.

They have stripped millions of people of their access to health care. In my book, that’s murder.

They’ve done nothing to stop ICE from stealing children from their parents at the border and then losing them in the foster care system. Stories of the abuse come to light every day — from the toddler who apparently was never bathed in more than two months of custody, to children in cages and the 1-year-old forced to appear in court as a defendant without representation. How does one defend oneself in court when one is too young to talk?

We have to challenge these abuses every time we see them. We have to stand up, even when it’s just one nurse disrespecting one patient.

This is something each one of us can do.

If you’re feeling paralyzed by the enormity of fascism taking over, remember that you can speak up about the smaller, everyday indignities these people are foisting upon us.

The creature currently squatting in the White House has emboldened the haters — the racists, homophobes, misogynists, gun-toting “Christians” and other small minds, the liars, the haters of every stripe. They think they’ve won, and if we don’t fight back at every turn, they will be victorious.

These are dark days, but our country has been through times like these, although not with someone so incompetent, so cruel, so inept, so dishonest, so small-minded in the White House. That part is unprecedented.

But we abolished slavery, we outlawed Jim Crow, we gave women the vote, we freed the captives from Japanese internment camps.

We can do this, but we all have to work on it, every moment, every day, every time we see it happening.

This meanness must be challenged. Every. Damn. Time.