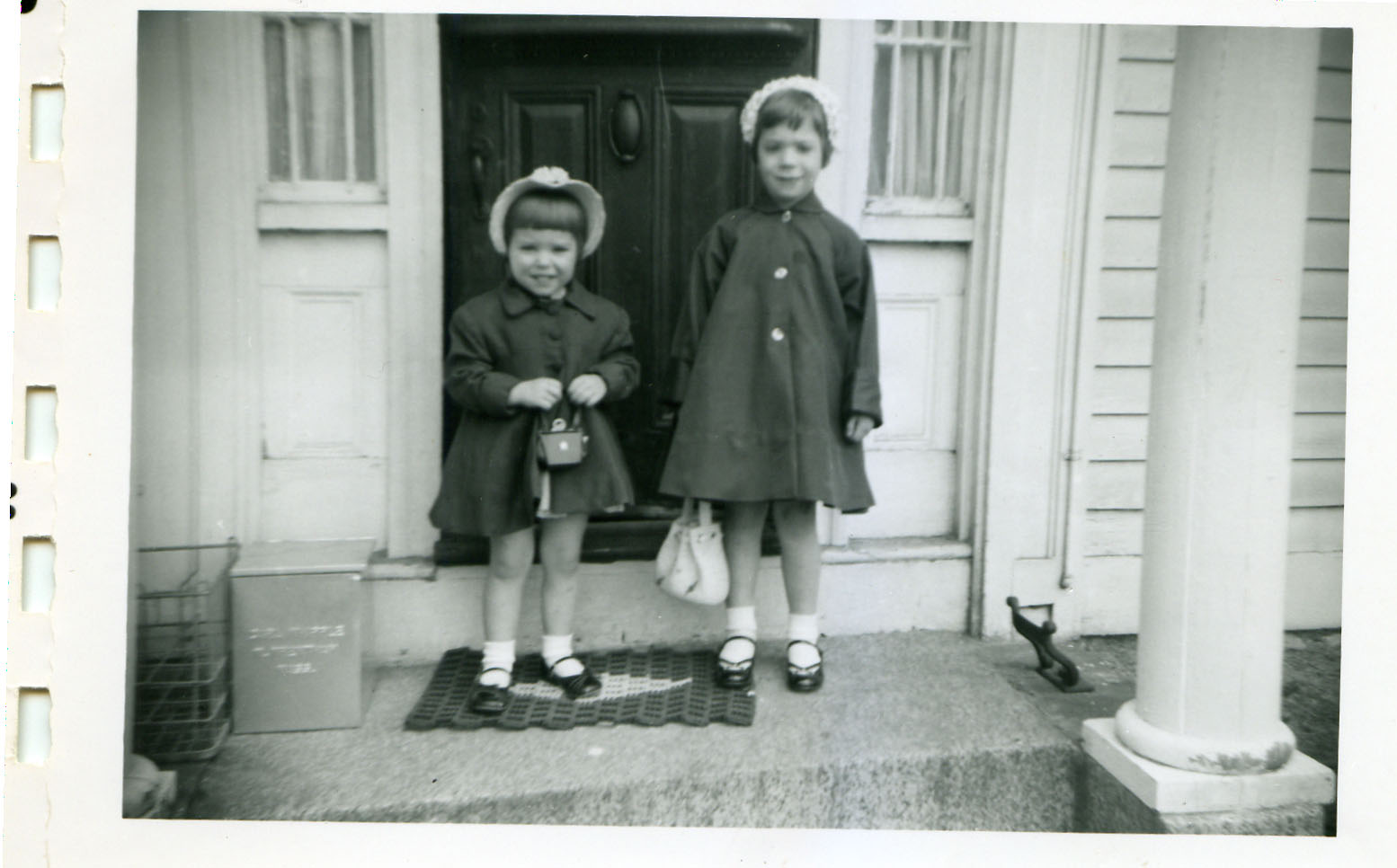 This is me with my older sister when I was 3 and she was 6. This was the year my perpetrator found me too irresistible to keep his hands off me. Notice the come-hither look I must have used to tempt him.

Let me tell you what trauma does to a person so that you might understand why women don’t come forward.
I was 3 when I was violated. I remember his hands on me. But I don’t remember the exact date. I remember the room, but I don’t recall going in there or leaving. I remember my chubby little fingers closing around the quarter he gave me — the hush money. I remember knowing what happened was wrong, but also knowing I couldn’t tell anyone, so the abuse continued until I was 11 and told him he had to stop or I would tell.
In Sunday school at the Evangelical church we attended, I learned that all girls are the daughters of Eve and therefore guilty of her original sin (which it turns out is seduction), so we have to be controlled by men, who always know more than we do. So, long before the abuse ended, I knew it was my fault.
Sex was a filthy thing, so no one ever talked to me about what to do if someone molested me. It was just assumed no one would be that dirty unless I offered myself up. It must have been my come-hither look at age 3 that started me on the path to hell.
If I had come forward, I would have been treated like Christine Blasey-Ford. I would have been called a liar. I would have been blamed. I would have been told it must be my fault. I was, after all, alone in a room with my grandfather, who was a good, upstanding member of the community — a school janitor, crossing guard, church sexton. People loved him because he was so good with children.He would have denied it and I would have been punished for telling such a filthy lie.
Had I come forward, I would have been accused of destroying his life, even though he was the one who destroyed mine.
I live to this day with a sense of shame, even though I know I have no reason to be ashamed. I still have to remind myself that I was the victim of a crime. I was never at fault.
So, when friends and family tell me they want to see more proof, I tell them I need no more proof. The reason she was reluctant to come forward is clear — just look at how she’s being mocked and criticized — blamed for her own assault.
“She was at that party.”
Well, so was he.
“She was drinking.”
Yup. So was he.
What was she wearing?
Why should it matter? What was he wearing?
She doesn’t remember the date.
Why should she?
She doesn’t remember how she got to the party or how she got home.
In the scheme of things, those things weren’t etched in her memory the way the assault was. That’s a classic response to trauma.
According to people who know Brett Kavanaugh’s drinking habits, he has lied under oath about his underage drinking.
So, we know he’s capable of lying, but we still prefer to believe him and not her.
This is white male privilege at its most damaging.
He’s still under consideration for a seat on the highest court in the land, and she had to abandon her home because of death threats to her and her children.
These old white men care nothing about those of us who have suffered sexual violence. They “protect” us by withholding our identities, as though we’re the ones at fault. When we do come forward, we are attacked, accused of being at fault.
This whole episode has triggered anxiety in me like I’ve never suffered before, and this predator may be rewarded with a seat on the US Supreme Court, just like the pretender squatting in the White House.
Criminal behavior is rewarded if you’re a white man, but the truth destroys the women who come forward.
Do not EVER ask me why women don’t come forward. If you have read this and still don’t understand, you likely never will.