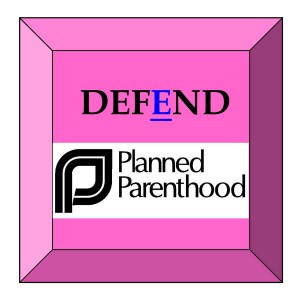 Today marks the 95th anniversary of woman suffrage. That’s a big deal to me. My grandmother was the last generation of women who were denied the most basic right of a citizen — the right to vote.

But that didn’t mark the end of the Women’s Movement. Today we still make just 77 cents on the dollar as compared to men.

We still are less likely to get promoted into higher management and more likely to lose our jobs because we take time off to tend to sick children. And understand that we are the ones expected to stay home with sick children.

Men still think they can tell us whether and when we can have children. Remember the Congressional hearings about contraception in 2012? All of the panelists and all of the witnesses were men. When Sandra Fluke made noise about the injustice of that, Rush Limbaugh called her a slut.

Conservatives in state legislatures and in Congress — nearly all men — keep trying to take our right to contraception away from us.

When I was getting married in 1971, I had to sign a paper stating that my wedding was less than 90 days away before my doctor was allowed to prescribe the Pill for me. It was illegal for a doctor to prescribe any kind of birth control for a woman, and the law was so paternalistic that it was the doctor who would be punished, not the woman.

No matter where you stand on the morality of abortion (I say it’s only the business of the woman and her doctor), Planned Parenthood prevents far more abortions than it performs.

Low-income women get their health care from Planned Parenthood clinics. That’s where I got my care when my kids were young and I was a single mother struggling to make ends meet. I had my annual checkups and cancer screenings there, and I got my contraception there. When I had bronchitis, I got antibiotics there. The clinic likely saved my life.

I was at a counter-protest last week and the people who wanted to close down Planned Parenthood were among the rudest, meanest, nastiest anti-life people I have ever encountered. Their behavior shook me to the core. Apparently, fetuses matter more than their mothers because these people didn’t care that women die when they lose access to health care. In fact, some said the women who get care there deserve to die.

Well, I have news for these creeps. I can be as loud as you are. I can make as many signs and I can fight just as hard for women’s lives as you fight against them.

I’m not good at the violence they so love to promote and perpetrate, but I can love better than any one of them, and I will fight for women’s access to health care with every ounce of strength I have.

We have to draw the line now. We can’t let them take away any more women’s health clinics, whether or not the clinics perform abortions — which, by the way are still perfectly legal.