A lesson in what Jesus would not do 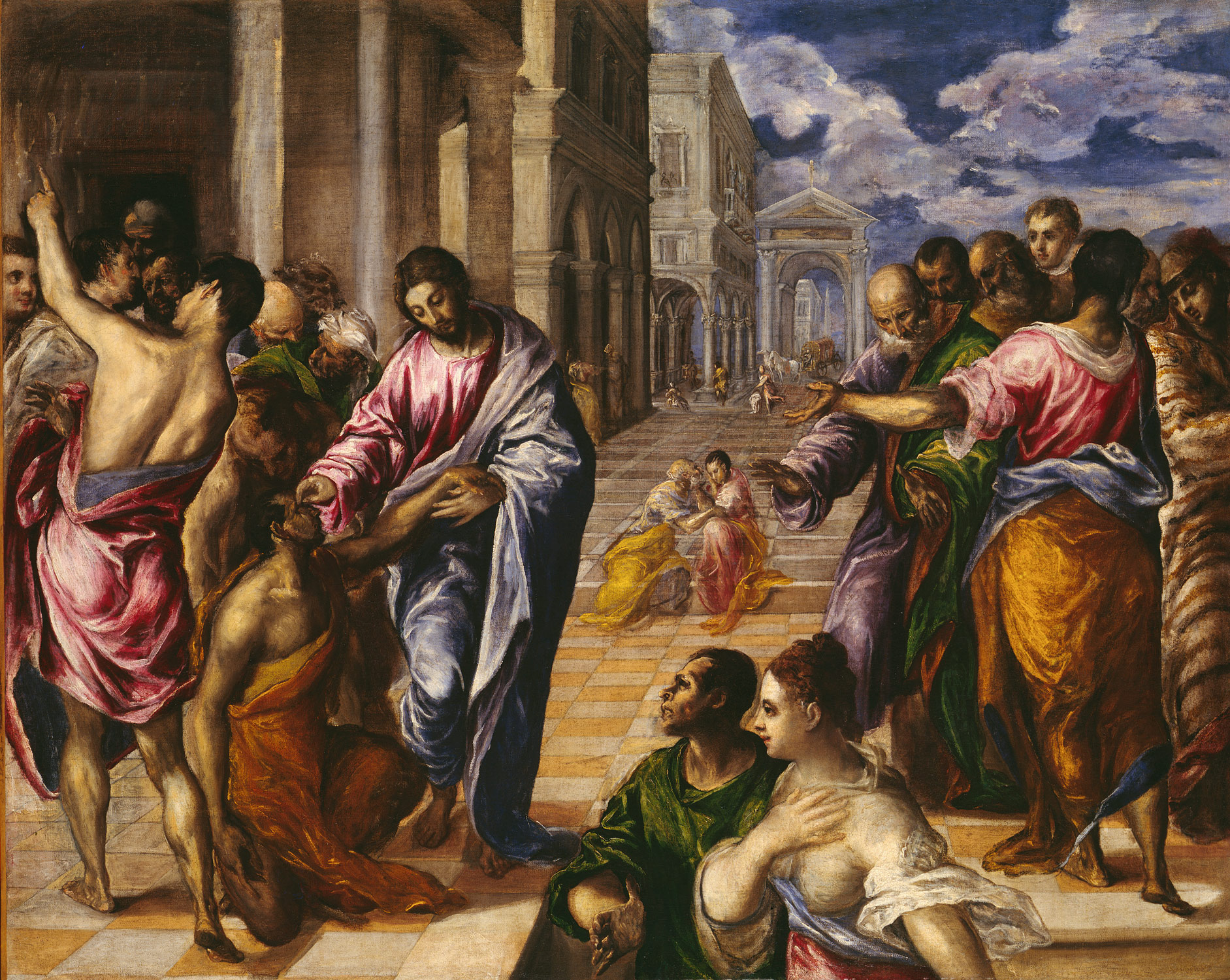 El Greco, “The Miracle of Christ Healing the Blind.”

Walking around the Legislature Building the other day, talking to Democrats and Republicans about the necessity of expanding access to health care, it happened again: Every Republican asked me whether my son was working when he got sick.

I gave them my usual answer: Yes, he was working and he was a full-time student with a 3.75 GPA. Now let me ask you a question. When did unemployment become punishable by death?

Every one of them replied, “Well, you know, some people just want a handout.”

“And do you know what we call people who deny basic human rights to others?

“We call them fascists.”

I’m pretty sure every one of these Republicans calls themselves a Christian, so I’d like to offer a little pop quiz to them.

Question 1: Jesus is walking along and a blind man approaches him, begging for help. Does Jesus:

A) Tell the man he needs to get a job with health insurance.

B) Ask to see the man’s health insurance card and then say, “Oh, this isn’t covered under your plan. We can squeeze you in this afternoon, but you’ll have to bring $2300 cash. We don’t take checks.”

C) Tell the blind man to go to the Emergency Room so someone can take a look at him there.

Question 2: Jesus is walking along the road and he feels as though power has drained from him. He turns to see an old woman, stooped low, who has had vaginal bleeding for years. She has touched the hem of his robe, hoping to be healed. Does Jesus:

A) Recoil in horror at the unclean woman and demand she be removed from his presence.

B) Tell her she can get free feminine hygiene supplies at the County Health Department.

C) Tell her she’s guilty of Eve’s Original Sin and what’s happened to her is exactly what she deserves.

D) Smile and say, “Your faith has healed you,” as she stands straight, no longer bleeding and thanks him profusely.

Question 3: Jesus is walking along and a man comes to him in a panic. The man’s son is possessed by a demon and the father is afraid it will kill the child. Does Jesus:

A) Tell the father there’s no such thing as demons and he should take the child to see a good neurologist.

B) Tell the father this looks like a mental illness and that’s not covered under his employer’s plan, but the next time the child has a “fit,” the parents should call the police, who will come and handcuff the boy, throw him in the back of a squad car and take him to the ER, where he’ll be handcuffed to a gurney until a psychiatric bed becomes available. Could be a couple of days.

C) Tell the father the demon is punishment for his own sins, so he’d better figure out what he did and pray really hard for forgiveness, and if he prays hard enough, the child will be healed. If the child remains possessed, it’s because the parents aren’t praying hard enough. (The irony here is that the disciples asked why they couldn’t heal the sick and Jesus told them their faith wasn’t strong enough — just in case you thought I didn’t know my Bible stuff.)

D) Heal the child, no co-pays or deductibles charged, no questions asked.

I’m not going to tell you the answers. You can figure them out for yourself. I think if you’re the Christian you say you are, if you read the words of the man you claim to follow and take them seriously, you’ll get the answers right.

I think if you truly believe we can and should allow people to die because those of us with the privilege of access to health care think they’re somehow undeserving of what we have, then you’ll fail this quiz.

What’s worse, though, is that you fail as a moral human being, no matter what faith you claim.